Circus Arts at the beginning of this XXI century are starting to fulfill the promises that emerged from the renewal in the form that occurred at the end of the XX century. In the final years of the last century circus was revolutionized in several ways. First, performers who did not come from traditional circus family backgrounds acquired skill and took them to new* stages.B Street jugglers abounded, and with them, new approaches to juggling. These approaches spread to other circus skills, and the classic circus message, "And now, ladies and gentleman, the unique and almost impossible triple somersault..." was replaced by expressions as wide and varied as their creators. New circus was perpetually new, as each artist developed a personal language, expressed in these exuberant actions. A different kind of Circus Company appeared in France, in Australia, in Brazil, in Canada and elsewhere. They looked towards Shakespeare, Stravinsky and Calder for inspiration, as circus skills crossed over into dance, musicals and even opera. New labels appeared: New Vaudeville, cirque contemporain (1), new circus - none of which were universally accepted by the ever wider group of performers involved in the movement.

Two phenomena accompanied and defined this moment (we are talking about the last 25 years of the 20th century). The first was perhaps the single most important factor in this developing form- circus schools were created (2), which opened the realm of circus skills to anyone, and gave them the opportunity to receive a rigorous training in their chosen specialty. As schools, these centers broadened the curricula to include theater and dance, and as circus passed from popular entertainment to a scenic art form, they demanded personal expression, research and innovation: "Surprise me, show me something new!" was the spirit with which many of these schools imbued their programs. 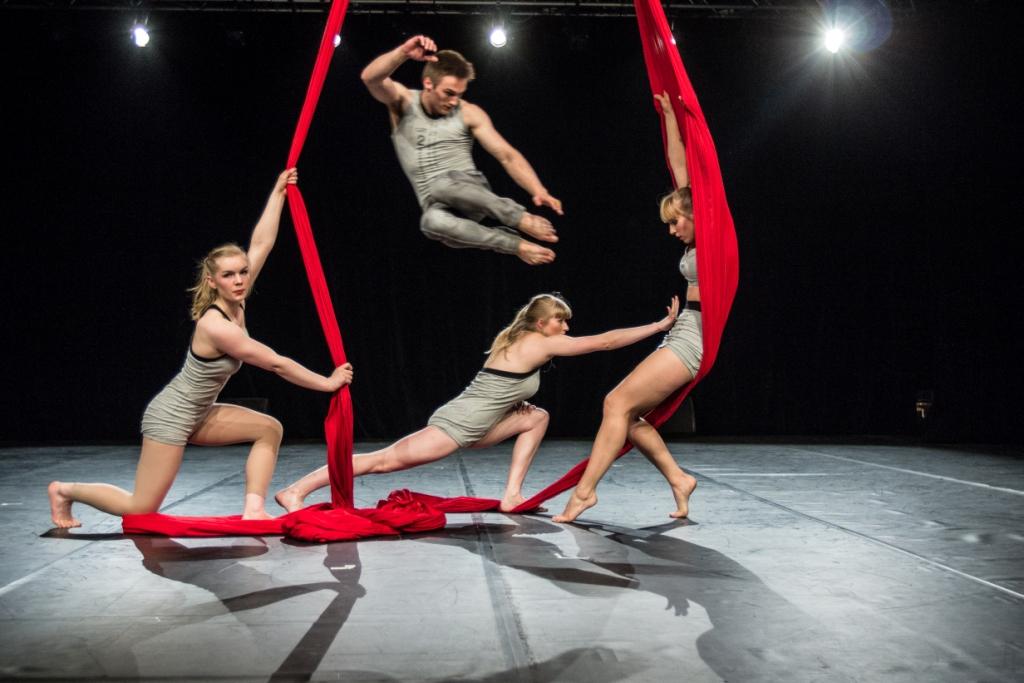 And the second, which was by no means a change in the circus spirit, was the fact that these young artists moved around. Street performers moved from city to city, they crossed borders and oceans, the form developed in a global context, more than in any national context.

AA is a young French woman who studied circus in a preparatory school in Alpine France before going to Circus Space, a higher education school in circus arts in London. Later, during the transition from student to professional, she participated in a creation laboratory in Río de Janeiro, with performers from all over Latin America. Since then, she has gone to Chile to work with a company there, and she has recently done a residency in a dance center in Madrid to work with an Australian choreographer on her one woman show. This show was presented at Jackson's Lane, a creation space in London before AA went back to France, to participate in a film project.B Later this year she will be going to Peru to collaborate with a circus school in Lima.

AW was born to an American mother and Austrian father in Spain. His professional studies in circus began in Madrid, continued in Moscow, with a detour through Greece, and finished in the dance and circus university program, DOCH, in Stockholm. During his first few months out of school, he received prizes from festivals in Germany, France and Sweden..., and participated in creation projects with a Canadian company in Barcelona, and with 15 artists from 10 countries in Madrid. Today he performs with the company CIRCUS CIRKOR, based in Sweden.

AUCH, France.B Circa Festival, 2012. The FEDEC CIRCLE (3) project brings 12 circus schools to the festival, from all over Europe, and this year, from Canada and Australia as well, to present short pieces, created for the occasion...amp;B Most schools bring 4 to 6 students. The director of the British school is from USA, the teacher from the Australian school is Chinese, and from the Canadian school, Russian. The groups of students from each school usually include 2 or 3 different nationalities.B This week, among the 60 artists, 30 teachers and 30 educational directors who participated, 20 countries were represented. 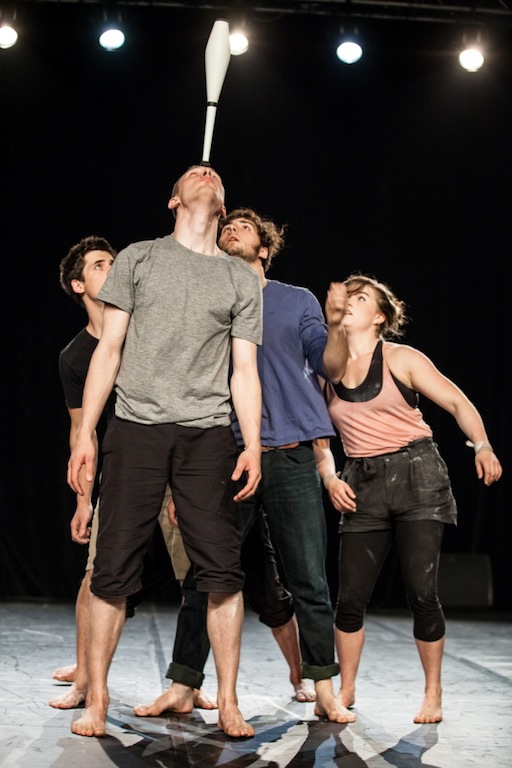 What is exceptional about these students and events is that they are not at all exceptional. In the circus world, they are not noteworthy at all. For circus schools (both students and staff), and circus shows (both traditional travelling circuses, and contemporary circus companies), a human mosaic is standard fare. In many cases, travelling is one of the reasons for choosing circus as a profession and life style. Mobility experiences make the world seem smaller to students and young professionals. Most have had companions from a variety of different places, and this changes their way of thinking, and eventually, their destinies. 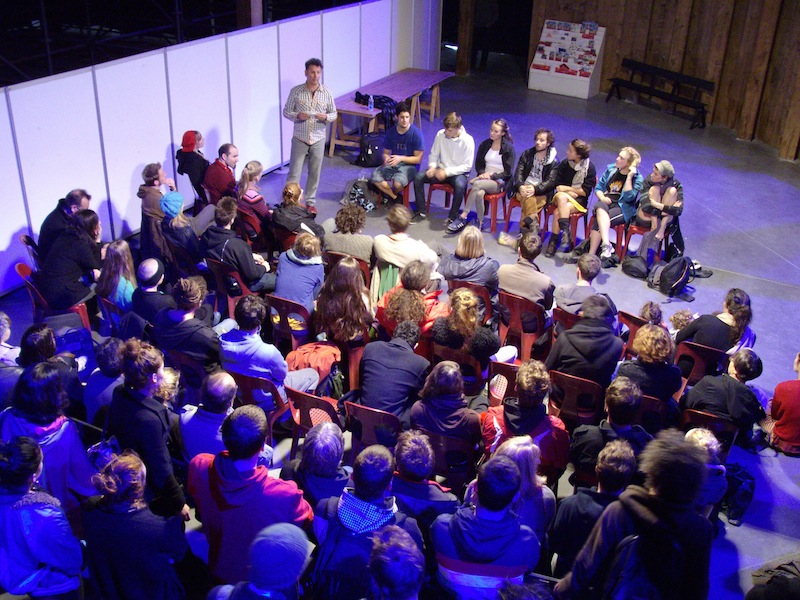 This is why, when we observe circus people getting together, despite the individual localized cultures that they may have grown up in, the encounter is not a meeting of cultures, it is a common culture. They are all citizens of the circus ring, and there, they share a culture- two acrobats or two contortionists from anywhere, have spent many, many hours doing the same thing. Though what they eat for lunch might be different, their days are very similar- training, specialty practice, creation and rehearsal, stretching. They don't have to share a language to communicate, they already have common habits that transcend language.

Today's circus student looks at the world for training opportunities. "I heard about a teacher in... Brussels or Torino or Lomme, or in Cuba, China, Moscow... that I want to study with".  And a circus company today, sees the world as its natural market. As a result, mobility is not just an interesting experience for a student during his or her education, it as an essential competence for a professional (4). A circus performer must be comfortable moving, living in different places, working with people from different cultures, and performing for people with enormously different backgrounds.

This affects the creation process in circus. A circus artist today searches for a language that transcends borders and speaks directly to humanity. He doesn't have time to learn the subtleties of each culture and adapt. He might be in Greece one week, in Abu Dhabi the next, and the following in Japan or Uruguay. The will to communicate, to be able to transmit the same feelings through his work in all these places, leads him to look at humanity as one culture. Mobility moves them around the globe, and puts circus artists in front of audiences with very different characteristics. But these artists, no matter what their origin, speak to these audiences in a language that ducks these differences, and is understood by all.

Today's clown tries to make mankind laugh as one, at a humor that is essential, and that reflects qualities and foibles that are common to us all. 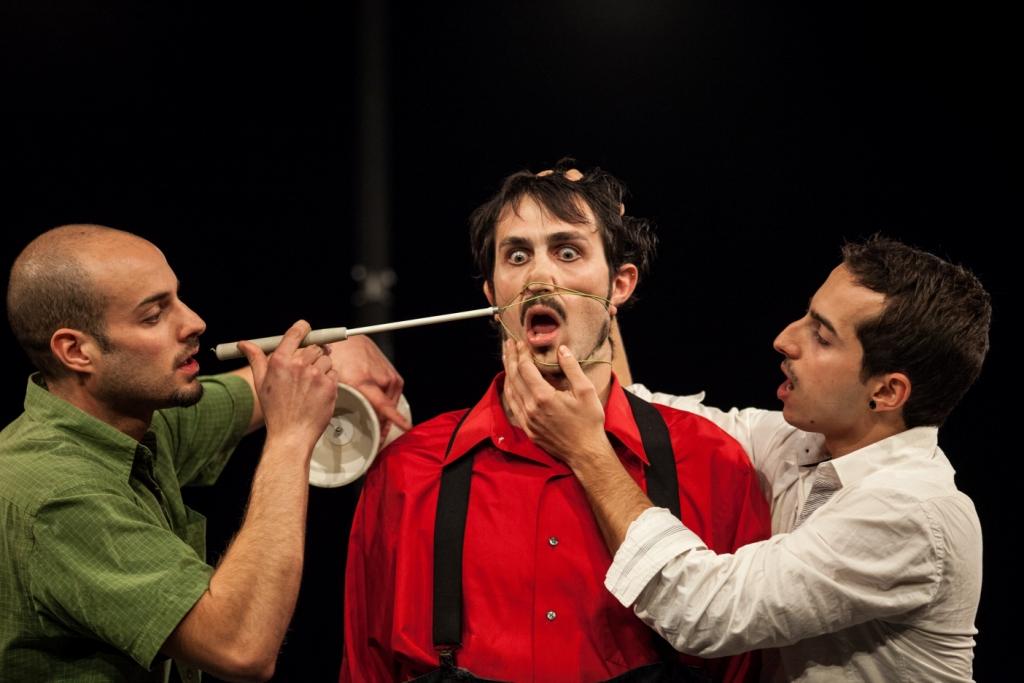 Circus is, and always has been, a transnational expression. With a few exceptions, it is not a form that has a recognizable cultural signature. Even though, at certain times in certain places, outstanding artists have given circus a specific character, that character is/was not usually related to identifiable local cultural traits. Simply, at a given time, in a given place, a given style was invented. Circus, like other scenic forms, has an ambivalent character, between popular entertainment, and artistic expression, and as a result, these innovations have often spread quickly around the world. (That is, they have been copied with a severe disregard for the rights of the creator. This is an interesting theme to consider when talking about mobility, but it is not the subject of this article).

The exceptions, such as Chinese circus, which does have a specific set of specialties, and an identifiable esthetic, are disappearing. The presence of Chinese artists in European circuses is not new. The search for original attractions has moved circuses to present artists from all over the world since the middle of the nineteenth century. But the character of circus education has changed in the last 30 years, and the schools offer an ever broader catalogue of circus specialties. As the traditional Chinese circus techniques have been incorporated into the curricula, they have been renewed and transformed. In the last five years, creations around the Chinese Pole (for example: the duo presented in the Cirque de Demain festival by Héloïse Bourgeois and William Underwood from the Canadian Company Les 7 Doigts de la Main (5) in 2012), and the Chinese Acrobatic Hoops (Trio Anneaux, Ian Vazquez, Maya Kesselman et Michaël Hottier from Belgium, Cirque de Demain, 2013 and Crece (6)) have received recognition in festivals and creation programs as young artists have reinvented the way they are used. In the same line, the developments in the use of the Russian Swing by theCie. La Meute (7) based in France (formed in Stockholm, and who were Jeunes Talents du Cirque Europe Laureates (8) in 2012-2013) are noteworthy. Today it can be said that the Chinese Pole is no longer Chinese, and the Russian swing is no longer Russian.

What is significant is that this process is a two way street. Chinese artists in Europe and the media available across the planet have opened their vocabulary, so circus creations coming out of China have also evolved. As the XXI century develops, so does new Chinese circus, which is learning to allow its traditional language to move away from the very strict canon that has dominated for the last several hundred years.

Circus is traditionally a cosmopolitan form, and circus companies, have always had multicultural characteristics, and have been seen as windows across cultures. In the 19th century, circus represented the colors of the world to people who only knew the colors of their own village, the color of the earth beneath their feet.B Today, it is an expression that is directed at the global village, and a language that can speak to all humanity without a translator. 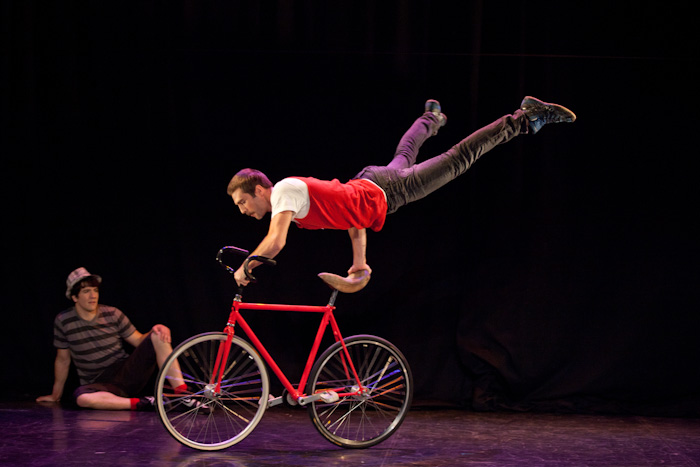 Donald B Lehn (New York, 1952) is director of the Escuela de Circo Carampa in Madrid, Spain, and vice president of both the European and Latin-American professional circus school federations: FEDEC and FIC. He is the author of a book on the art of juggling, and countless articles on circus arts, circus education, and street performing.

*(Of course, calling the street a new stage for circus skills is inexact, as they have been performed there for thousands of years before entering the circus ring at the end of the18th century.)

(4) in order to understand the dimension and impact of mobility on circus education, the FEDEC has undertaken a study on the subject: ESCALES- that will be published in 2014. See FEDEC ESCALES project, http://www.fedec.eu/projects/escales.4091.html