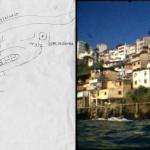 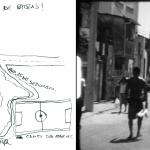 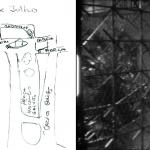 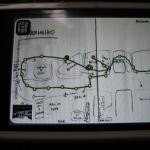 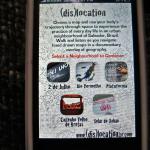 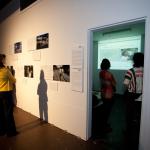 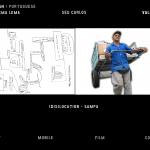 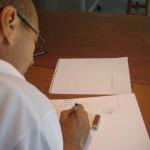 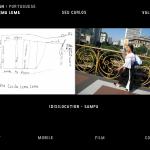 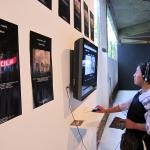 (dis)location is a documentary, experimental mapping trilogy which I began in Salvador, Brazil in 2009. The second iteration of the (dis)location series takes place in Sao Paulo, Brazil in 2010. The next phase will be in Rio de Janeiro 2014. Each project has a film, web and mobile component. In addition to my activities involving film production, web development and mobile application, I focus on mapping. In the same way that graphologists study handwriting, I study hand drawn maps as a way to access, visualize, and communicate other types of information.

"Modes of production write History in time; social formations write them in space. Taken individually, each geographical formation is representative of a mode of production or of one of its moments."[1]

The cities we inhabit are in constant flux and transformation and the (dis)location project embodies maps of resistance in the complex chaos and labyrinths of urbanity. (dis)location is a documentary and experimental mapping trilogy I began in Salvador in 2009. The second iteration of the (dis)location series takes place in Sao Paulo in 2010. The final installment will be shot in Rio de Janeiro in 2014. Each project has a film, web and mobile component. The (dis)location trilogy explores mobility and interactivity through psycho and social geography in significant Brazilian metropolises.

My starting point is that space is not neutral and perception is dynamic depending on onebs position and condition in time and space. Our access and relationships to space are defined by the reality of our class, gender, race, socio-economic status, etc. As such, Ibm interested in the map as a space of resistance / subversion.

The first iteration of the series, titled (dis)location - Salvador takes place in five neighbourhoods of the capital of the State of Bahia. (dis)location b Sampa, the second in the trilogy, is seen through the eyes of three workers in the historic economic center of Sao Paulo, the largest city in Latin America. I asked all participants to draw a map of their daily trajectories; I discovered Salvador and Sao Paulo through their spatial, psycho and social realities.

(dis)location b Salvador seeks to represent a snapshot of how community evolves, the processes through which social formations take place, and to relay the story of how neighbourhoods are formed and ultimately inhabited. By contrast, (dis)location b Sampa communicates the altogether different reality of social geography as experienced by more transitory people who are forced to live away from their native homes, territories, and communities in order to survive.

My methodology is experiential and involves spending time in a specific place observing, interacting, and exchanging with a local community. My fluency in Portuguese allows me to become embedded enough to gain an appreciation for specific local Brazilian contexts.

As an artist, I am interested in how artists get involved with social and political movements through cinema, documentary, art, mapping and the body. By using the hand drawn map as a political and aesthetic choice, I am exploring how the trace of the hand is an interface for our intricate and complex relationship to space and the map as a visual representation of and repository for psycho, socio-economic, political and geographic data. .