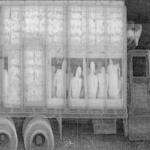 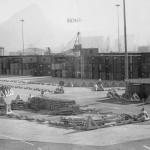 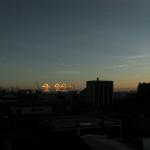 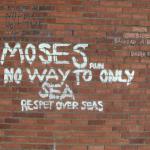 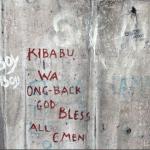 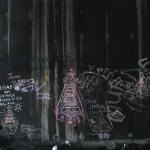 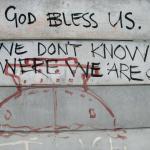 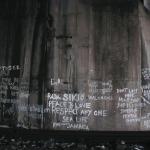 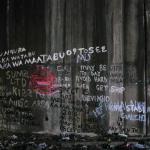 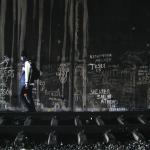 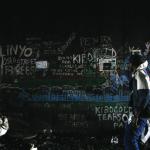 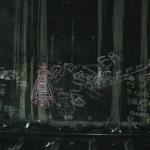 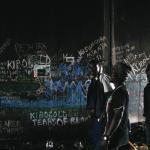 I'm currently involved in research into illicit human migration and a perceived natural impulse to move and change habitation. My project seeks to understand stowawaysb motives and their persistence, to capture aspects of their plight and to look in an appropriate manner at some of the philosophical/poetic aspects of a perceived migratory impulse in humans and nature through images and text.

Over the past year I have been documenting and researching the lives and stories of African stowaways, particularly those arriving in southern African ports by boat from east Africa, and who continuously attempt to stowaway to Europe. Many of them take temporary or even long-term shelter near the ports. It is here, on nearby walls, that I found intriguing pieces of graffitti and mural art that expressed so much of their lives; their raw expression, in drawings and in writings present a glimpse into a way of life that seems to exists beyond so many borders. I am intrigued by the knowledge these men have of the sea, of the ports in which they land and trespass and the stories they tell to gain asylum. Some of this knowledge is presented on the walls, but this is just the surface. They speak of unimaginable difficulties b of being thrown overboard, of starvation, of being robbed by corrupt officials, being made to work without pay etc. These would seem to constitute a sufficient deterrent, yet new stowaways arrive every day and new attempts made every night.

Unlike ship travellers, aeroplane stowaways are the least likely to survive the conditions of their journey due to high altitude, freezing temperatures and high atmospheric pressures. Yet some do survive. A physiological enquiry into this phenomenon indicated a poikilothermic state of hibernationb when the thermoregulatory system of the body is overwhelmed the external environment drives body temperature.

Sea stowaways often attempt to hibernate for at least 10 or so days until they are far enough into international waters and their condition dire enough to evoke sympathy. Their diet b until supplies run out b consist of glucose biscuits and sugar water.

These methods of survival b hibernation and moving to new places of opportunity b can be likened to the migration of matter, and of life, from the stars. The idea is that we are made from opportunistic material roaming the universe. .

Conor Ralphs is a permanent resident artist at Greatmore Art Studios in Cape Town, South Africa. His work is multi-disciplinary in nature and includes painting, photography, film and experiential research. The thread connecting his work is an interest in the expression of personal and political freedom despite the difficulties of contemporary life. He has exhibited in various exhibitions in South Africa and Madagascar and held his first solo painting show titled bEqual in Silverb in 2009. Current topics of interest and ongoing projects include: research into illicit sea migration; developing an exchange program with Africa and its surrounding islands; researching the human implications of astronomical research in southern Africabs telescope towns as well as Africa/China relations.B During his residency at Hangar Conor intends to explore areas of convergence between human migration and astronomical research, particularly relating to the quest for meaning and for indications/signs and well as the conditions for life (presence).