The "New History" movement, drawing from the scientific method, steps beyond preconceived ideological notions in the search for an independent objectivity. The new historian analyses the conditions in which the recording of facts can become a science, scouring the documents themselves for proofs of their authenticity and acquiring a fundamental autonomy to capture a moment, a flow, a phenomenon. Thus an additional responsibility enters into play, along with a capacity for discernment which easily could be called the critical mind or spirit, an element which could be isolated thanks to the exquisitely scientific opportunity offered by some mobility programs developed over the recent years in the European framework. 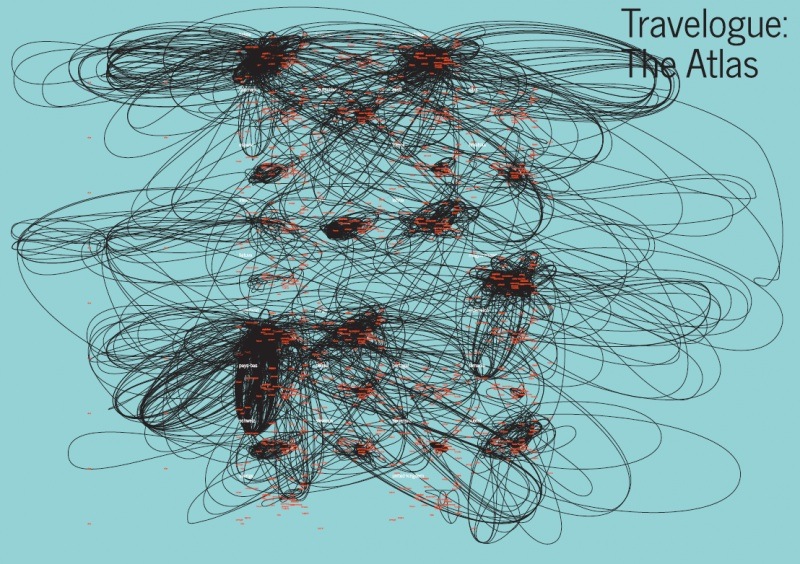 A good chance to analyze the economic and political conditions of different geographical areas was the main goal of a very important and highly supported transnational project called SPACE [1]. It highlighted the broad variety of roles filled by criticism from one country to another. In some cases the theatrical system maintains a market structure where the contact between an artistic product and its consumers requires validation by a professional, namely the critic. The idea of assigning to the critic the supplementary function as witness arises from the fact that critics b in Italy as well as in many other countries b have almost completely lost their role in the appraisal of theatrical system products. Italybs contemporary system is a highly bulimic production and distribution scheme whereby the only way to hold the interest of the public and institutions is to continually offer new material. If the impossibility of evolution and the tendency to be crushed by tradition are highly delicate elements for a theatrical system, then the model that instantly devours all that is new is equally harmful, for it ends up weakening the power of expression.

In the case of Italy, the urge to continually create and present new proposals runs up against the lack of room for production and dissemination needed for an experiment to become truly free and affirm itself as a work of research b thus making a distinction between two notions: between new and culturally relevant. Today's criticism has had to conjoin this distinction with a pure aesthetic judgement in order to find its way in an artistic panorama which is the mirror of a contemporary world in continuous change.

The profound changes and shiftings that Europe is undergoing (not only due to the Crisis) are giving rise to a new set of urgencies, a very challenging cultural turmoil which appoints the performing arts as significant means of expression: the space dedicated to the action of living/lively bodies in front of a living/lively audience can be crucial to draw a picture of what is really happening in Europe. If one really wants to read the theatrical stage b as well as any arts scenario b as a testimony of a cultural situation and evolution, an in-depth point of view might be developed, able to observe, witness and interrogate the theatrical event as an organic element of a societybs cultural discourse. A certain theatrical play is not always suitable for every audience. The level of awareness reached by the spectators about the very fact of theatre-going strongly depends on where they live their cultural everyday life: due to economic situation and to dramatic literacy, it is most probably a matter of environment. If the question is whether a certain play can be proved to be relevant (more than simply suitable) in one country as well as in another, it goes without saying that an answer can be infinitely more tricky and hard to find. Contrary to what one might think, this bdifficulty of placementb into a global audience's imagery can be even more evident when the play deals not with private and intimate issues, but with those weightier topics which every country is forced to face. After taking part into the first edition of SPACE Project (www.arts-mobility.info), a team of four writers (including the author of this feature) from four different European countries launched The Writing Shop, an itinerant program of residencies for critics, aimed at developing an international point of view on theatre and performing arts through an experiment of collective writing, through which a new way of interpret the transnational cultural reality is currently being investigated, aiming to produce a publication based on the collected material.

When theatre becomes discourse b questioning its own means of expression beyond all self-referencing, it gives space to launch a dialogue as a social fact and thus move one step closer to understanding it. In this sense theatre becomes both a document produced by a society undergoing change and an element that influences this very change.

The historian applies a critical lens to observe documents of the past and facts of the present, a lens that serves to recognize the value of scientific elements. Likewise, the critic is able to observe, witness and interrogate the theatrical event as an organic element of a societybs cultural discourse. Nonetheless, the function of this similarity is primarily rhetorical because the historian analyses elements that are the direct products of life experienced, whereas critics apply their reasoning to elements that are of an aesthetic nature, which by definition require criteria that are relative, closely linked to various cultural contexts. Since the critic as eyewitness constitutes a true professionalism, the criticbs area of research must be redefined. Freedom of expression undoubtedly renders the critical form of testimony independent and objective. However it is the maturity and experience of the critic directly on site that guarantees its value and authenticity. The activity of theatre critic cannot be divorced from the confrontation with his own counterparts and with the artists. For without this confrontation it runs the risk of distorting the act of observation and reasoning, becoming guilty of the same ingenuity that many critics decry in the work of certain artists. And here is where mobility becomes particularly useful.

Many countries, and Italy is a glaring example, present an extremely fragmented cultural picture. The particularities of the different territories become entrenched and make it hard to achieve a broad overview. Talking or writing about the theatre thus calls for an extended enquiry that transcends territorial limits, moves along a network of collaboration and dialogue which guarantee that the critic can rely on efficient tools. The need for true mobility becomes even more obvious in the European context: just as there is not just one theatre, in the same way there is not just one Europe. Faced with profound contradictions and distances in the economic, social and political realms, the role of the critic-eyewitness borrows from anthropologybs need to navigate, in first person, through the environment in which he works. From the historian it borrows the scientific method which adopts precisely this analysis in the field to confirm the validity of certain data, an incontrovertible characteristic because it makes it possible to articulate a vision.

A constant and ongoing contact between professionals from different countries provides a dynamism that counterbalances the relation with the territory: no longer limited to mere observation but progressing towards argumentation and questioning, in a word moving towards criticism. Mobility thus becomes the opportunity to produce true documents, genuine testimonies that are able to build a panorama of themes and expressive modes which will come to define the general context precisely because of their particularity.

A way of seeing that is emancipated and open does not erase territoriality, but sees it in the light of concrete elements that guarantee a cognitive valence, a key step through which a testimony brings to light and discusses the cultural relevance of an artistic product. And herein lies the essence of the criticbs work.
.

Sergio Lo Gatto has a degree in Theatre and Performing Arts from Rome University "La Sapienza" where he now co-leads a permanent workshop on theatre criticism. He is a freelance writer and theatre critic for printed and online publications in Italy and abroad, such as Teatro e Critica, Hystrio, Tanz and Plays International and Thalo Magazine; he works as a teacher in several workshop of theatre criticism and is a founder member of the international independent theatre critics observatory The WritingShop. His daily writing is at www.teatroecritica.net

[1] SPACE (Supporting Performing Arts Circulation in Europe), was a transnational pilot project on artist mobility 2008-2011 supported by the European Commission and which has contributed to the professional development of more than 80 professional practitioners (art managers, programmers and critics) through the launch of a program of itinerant residencies. The author of this feature has been one of the twenty selected members Writers on the Move group (professional writers and arts critics from sixteen different European countries) in 2011/2012.