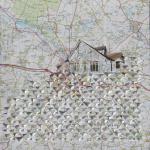 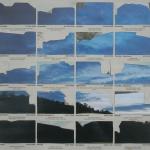 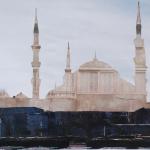 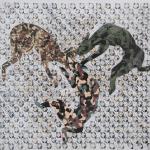 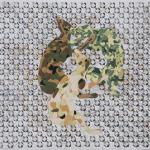 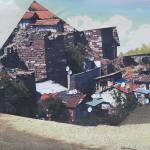 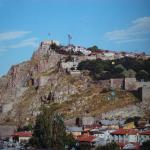 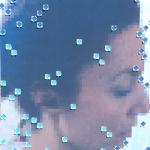 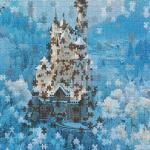 . B ...when a story becomes sedimented into the landscape, the story and the placeB dialectically help to construct and reproduce each other. Places help to recall stories that are associated with them, and places exist (as named locales) by virtue of their emplotment in a narrative. Places, like persons, have biographies inasmuch as they are formed, used and transformed in relation to practice. It can be argued that stories acquire part of their mythic value and historical relevance if they are rooted in the concrete details of locales in the landscape, acquiring material reference points that can be visited, seen and touched.[1] .

This project employs a investigate contemporary meaning of place and identity by using changing of interest for understanding the essence of the personal and collective experiences belongs to the places. In this project Ankara is used as the same meaning as home (as both real and ideal) as spaces of belonging. Translocations between London, Dubai which, represents cultural hybridity and fragmented ethnic identities the blurring of cultural borderlines,B the exploring of an inter-cultural sphere of literary production and of transitory identities; by using collective and personal memories. Between the spaces the circulation of cultural patterns and sites of hybrid identities to investigate how translocations are regulated in different circumstances and memories are explored at both micro and macro levels in relation to the household, the nation and the local or transnational communities. Through personal and collective narratives by depicting the different experiences from different time and spaces. .

Banu Colak is a Turkish artist, who holds a PhD in Fine Arts, works and lives London, Abu Dhabi and Dubai. She uses translocations toB investigate the cultural significance of borders. She looks atB how translocations are regulated in different circumstances. In her works home (as both real and ideal), and memories are explored at both micro and macro levels in relation to the household, the nation and the local or transnational community. It views homes as spaces of belonging, as spaces of circulation of cultural patterns and sites of hybrid identities. .